ONLY IN JAPAN BY ALAN PERROTT - From Canvas magazine in Weekend Herald, Dec 17 2011

Thanks to Peter McLennan of Dubdotdash for making it available online. 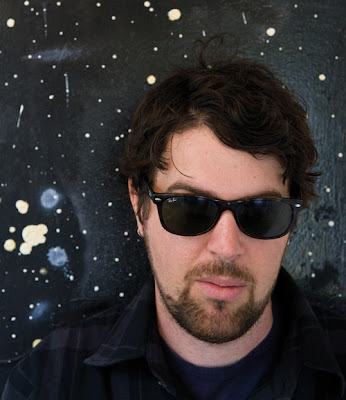 Every self-respecting music scene should have a home, a place people can point to and say ''that's where it all came from.Christchurch has given us the Dunedin Sound, south Auckland is all about Dawn Raid, Wellington can be blamed for BBQ reggae, Rotorua gushed showbands and Gore has both kinds country and western.

Now we can add Osaka. Because, somehow, this Japanese metropolis is now home to a group of our hippest musicians. It's a connection that has not only springboarded these musicians from bedrooms to the world stage, has spawned a distinct sound that is creating a stir among some of the most influential tastemakers.

And all because a nice young man remembered his manners. As a DJ, radio host and man-about-theWellington-music-scene, Andy Mitchell has always taken it upon himself to promote local artists. If a big-name D.J was in town Mitchell would burn a CD of his favourite artists and hand it over on the night. He has no idea if anyone ever played them - and isn't particularly bothered.

“I look at it more as a kind of koha I guess but obviously it'd be a bonus if they picked up on something and started playing it themselves. I remember hearing that Gilles Peterson had discovered Fat Freddy's Drop and all I could think was that it had been on a CD I'd given to him over two years earlier.''

Then, in 2005, Mitchell and his Japanese wife moved to Osaka. When a chance to visit his local - Especial Records - came up, it seemed natural to take a CD with him. "Well it was my first visit, and, you know, it's like going to a party at someone's house; you've got to take something''.

Working behind the counter was Kenji Sakajiri. After the pair bonded over a few shared favourites, Sakajiri played Mitchell's offering and became hooked on the Fat Freddy's Drop track, Hope. ''That was the trigger for me getting in touch with this 'pure' music from New Zealand," Sakajiri says from Japan. "I was really sure that those guys could add some fresh breeze to the boredom of the current music scene."

After organising the group's first Japanese vinyl release, Sakajiri was enthused enough to launch his own label, Wonderful Noise. Record culture is possibly stronger in Japan than anywhere else, so for a small label to be noticed it needs a new sound, and Sakajiri had this new music coming out of New Zealand in mind for his.

His timing was excellent, as at the same time a disparate bunch of musicians in Auckland and Wellington were busily experimenting with sounds. Most were in established groups and assumed there was no chance their solo tinkerings would ever make headway in a country dominated by rock pop and reggae.

Julien Dyne was among them. A former member of the Opensouls, Dyne was most recently seen onstage at the NZ Music Awards sitting behind the sunglasses and drum kit with Ladi6. That's his nightly day job, otherwise he's at home in Mt Roskill playing with his music toys.

As with his labelmates, the results are a bit electronic, a bit jazz, a bit soul, a bit funk and, vocally, a lot Antipodean. It remains a style in search of a pigeonhole, although someone has jokingly suggested retro-futurism.

Anyway, through Mitchell's evangelism, Sakajiri got to hear a few tracks from the 32-year-old's first album, and was impressed. "I believe my ears, '' he says. "I was sure Japanese listeners would love this kind of music. Of course, the idea of this music coming from New Zealand is important, but the distance thing doesn't matter to me so much as it being unique and cool, everybody has been surprised by it.

“Japanese people rarely have a chance to see or hear music from New Zealand,so they are quite curious and, thanks to the releases we have put out, I think my customers now recognise these artists and are surprised at the quality. It's a bit tricky to explain, but I think they see the soulful elements as being different from what is coming out of Europe, America and Japan."

''It's gone way beyond those firstimpressions now '' says Dyne. ''It's become a friendship, he's a mate, and he's enabled me to tour to Japan twice - I'm going back again in March - and build a fan base. That's something else, going to play in a place like that after handing made my music in my bedroom. Especially as it would never have happened here.

There's a bit of indifference to this style of music in New Zealand and Australia, so when you just know you don't quite fit you have to lock for other avenues. "And he [Sakajiri] puts his music out on vinyl which to me is like a validation really because anyone can finish a song and put it on Bandcamp. I'm not sure why, but putting something out on vinyl seems to show a real commitment to your art, I feel like it has more permanence, more validity."

Their relationship has led to Dyne acting in a recruitment role, and as a result Wonderful Noise now boasts 11 New Zealand acts who make up about three quarters of their total roster. They include notables such asWellington's Lord Echo (aka Mike Fabulous from the Black Seeds), undergrounddarlings Electric Wire Hustle and Pacific heights, as well as Auckland's Isaac Aesili, producer Frank Booker, and, if the rumours are accurate, @peace, a new combo featuring members of Homebrew and Nothing to Nobody.

And the music is now flowing both ways. Partly in an effort to meet his artists, Sakajiri and another highly rated Japanese producer, Grooveman Spot, made a rare appearance outside Japan to play here earlier this month. It was only Sakajiri's second performance outside of Asia.

All the same, it is faintly ridiculous that musicians from this country have to send their music 9000 km away and then wait for whatever hard copies are left once the Japanese market has a go at them. Even then, they are only available from one store, Ponsonby's Conch [Records].

Which may seem small potatoes. But such a view misses the credibility to be gained from a label with a good reputation. A lot of important ears are pricked to what Wonderful Noise offers, and Sakajiri's New Zealanders are being played in the biggest clubs in the world by the likes of Gilles Peterson, Benji B and DJ Day.

Such promotion has given artists like Electric Wire Hustle the opportunity to shift overseas with a trail blazed ahead. Which is exactly what Isaac Aesili is hoping for as well. Known mostly as the trumpeter for Opensouls, Tornadoes, Eru Dangerspiel, Solaa and Recloose live, he's now looking to tour the Asia and Pacific region under his own name.

“It's amazing how these opportunities have come about, but with Kenji's help all these musical artists have been brought together into a sort of micro-industry'' he says. "Which is kind of funny because we've got a Japanese guy making something really worthwhile with music that doesn't really have an audience here … but it feels like the idea of exporting our our underground music has actually become viable.''

But the 32-year-old says he has got more than a potential career from the experience. "It's a real connection. Kenji's a bro officially. You can hang out with him and call him bro or cuz, so it's much more than business, it's a cultural exchange that has longevity. It's so out of left-field that this could have happened - I mean he's gone so far out of his way to tap into this scene, but it is still amazing that it took someone from Japan to connect all these local musos. Wonderful Noise will always be the reference point for what was happening on the scene at this time."